Are you trying to choose your next commercial ice machine? If so, you might be surprised at just how many options there are available on the market these days. Some of the factors you’ll need to consider are the amount of storage you need, the physical size of the machine (in comparison to the space you have available), the ice output amount and the type of cooling system.

The cooling system influences how and where the ice machine exhausts the heat it generates as it makes ice. There are several designs that can achieve this cooling, including water-cooled, self-contained air-cooled and remote-condenser air-cooled technologies, the first two being by far the most common.

So, which is the best option for you? Here’s a quick look at those two most common varieties to help you make your decision when looking at ice machine sales in Delaware.

As the name suggests, water-cooled ice machines use water rather than air to remove heat from the machine. In these types of units, water coils run along the condenser coils, which release their heat into the water with the hot water running out of the unit. This helps the unit keep a cool temperature while it’s being operated.

These types of ice machines are most popular in areas where it can be harder to maintain a steady temperature. While air-cooled machine performance is affected significantly by the air temperature surrounding the equipment, water-cooled machines do not depend on air temperature to remove heat, which allows them to operate in warmer areas without their cooling ability being affected.

Of course, the primary challenge you have to overcome when using such a machine is making sure you have the capacity to keep feeding it water. You’ll need five times more water to run a water-cooled machine than an air-cooled machine to produce the same amount of ice. If you have a recirculating water system with a cooling tower in your building, then that’s an ideal setup for cooling water, but this isn’t something that frequently exists in older buildings.

These machines rely on the use of air to transfer heat from the ice machine. There is a series of internal vents and fans inside the machine that keep the air circulating, and as the air flows through the condenser coils it removes the heat that’s built up in the machine, letting it out through vents in the rear or sides of the machine.

These machines are cheaper to operate because they are more energy efficient (making them better for the environment as well). They require less water to operate and create the same amount of ice. However, as mentioned above, they can be difficult to operate in areas where it is hard to regulate the air temperature. If you have an area that cannot be air conditioned, running the air-cooled machine could be difficult.

For more information about the differences between air- and water-cooled ice machines, or to schedule ice machine service in Delaware, reach out to Commercial Equipment Service Inc. today.

5
March 24, 2021 Tom R.
"Jim and his team are a pleasure to work with...they are prompt, knowledgeable and experts at what they do. I highly recommend their product..."
August 28, 2020 Joseph Annese
"The old company we used use to come every month or 2 & fix the same equipment. Commercial Equipment fixes everything the first time. this we..."
September 16, 2015 Anonymous
"Always returns phone calls. Gets the job done right the first time. Backs up all work. Can not say this about other companies in the area wh..." 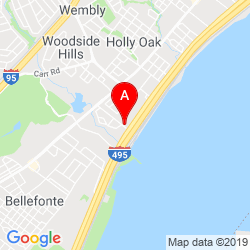